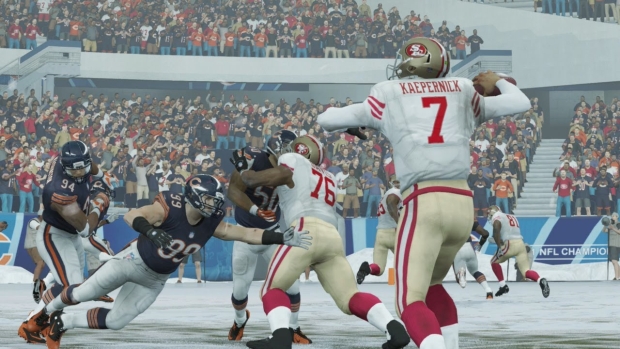 One of the longest running sports franchises around, Madden, will be getting its next installment on August 26th.

Diverging back to their standard naming procedure, this new edition will be called Madden NFL 15. The additions this year seem to coming in full force as EA is promising “the most immersive defensive gameplay control in franchise history.”

“Like the Super Bowl XLVIII champion Seattle Seahawks, you can win championships and bask in the glory of success by building a great defense fit to challenge the best offenses in the game.”

One talked about feature that many people have wanted for a while is a revamped broadcast presentation, which will be implemented in Madden NFL 15. By that, Electronic Arts means that there will be all new pre-game and halftime features as well as new camera angles.

The vote to choose the cover athlete will begin on May 8th, and people can tune into the NFL Draft, happening the same day, for a special “Cover Vote” announcement.
Madden NFL 15 will be coming to the Xbox 360, Xbox One, PS4, and PS3 on August 26th.