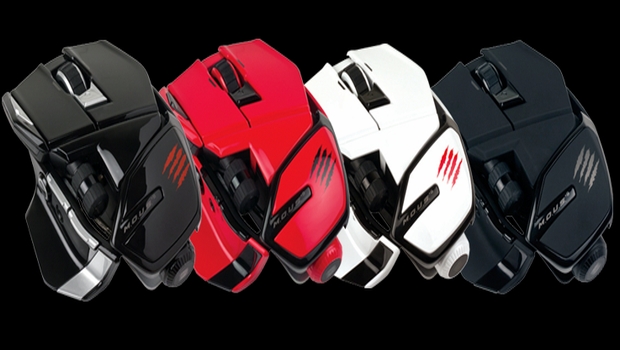 Mad Catz has been in the mouse business for a while, and they are announcing that they’ve shipped the sequel to the R.A.T. gaming mouse – they are calling this little rodent the M.O.U.S.9.  This mouse comes with some new goodies as well as support for smartphones, tablets, and other Bluetooth-supported devices.  Here’s a nibble:

The M.O.U.S.9, with striking aesthetics based upon the Company’s award-winning R.A.T. gaming mouse, has been simplified for everyday use and features new BluetoothSmart technology and a laser sensor capable of tracking on virtually any surface, including glass. Delivering up to a one year battery life, the M.O.U.S.9 is compatible with a multitude of devices from PC and Mac through to next generation TV’s, smartphones and tablets. For devices that do not have Bluetooth Smart mouse support, the M.O.U.S.9 comes equipped with a USB nano dongle. For platforms running Windows® 8 with native Bluetooth Smart mouse support, the M.O.U.S.9 can be connected directly. The M.O.U.S.9 features a patented adjustable palm rest and uses an all new Windows® and Mac compatible drag-and-drop programming interface, allowing users to intuitively program commands with speed, featuring profiles for many home and office applications such as Adobe® Creative Suite and Microsoft® Office.

As somebody who owns a high-end Android tablet that finds a little bit of time in the gaming world, this comes as great news.  The year’s worth of battery support is nothing to sneeze at either!   You can check out more on the device at the official page.