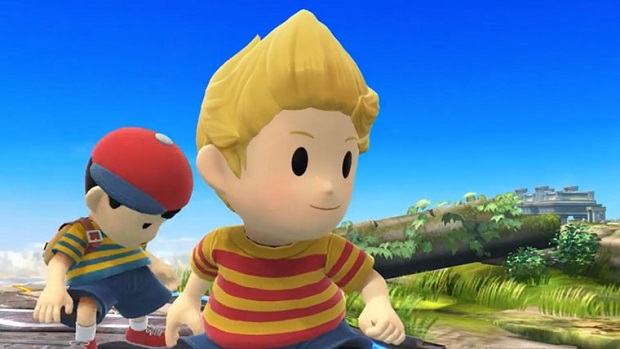 Nintendo has announced that Lucas will be available as DLC for Super Smash Bros. for Wii U and 3DS on June 14th.

Those who own both versions of the brawler will be able to purchase Lucas at 11 a.m. ET. The official Super Smash Bros. site claims that Lucas will cost $3.99 on either platform, or you can pay $4.99 to buy him on both 3DS and Wii U.

Also slated for release on that day are the Splatoon Mii costumes, which include an Inkling outfit for the Gunner class, and an Inkling squid hat for all classes. Both costumes cost $0.75 per platform, or can be bought for both 3DS and Wii U for $1.15.

Lucas was announced as DLC for Super Smash Bros. for 3DS and Wii U back in April, and is alongside Mewtwo as characters who joined through roster as post-release content.

Rumors have been circulating that Ryu from Street Fighter may also be joining Super Smash Bros. due to Street Fighter music reportedly being found in the game’s update files.