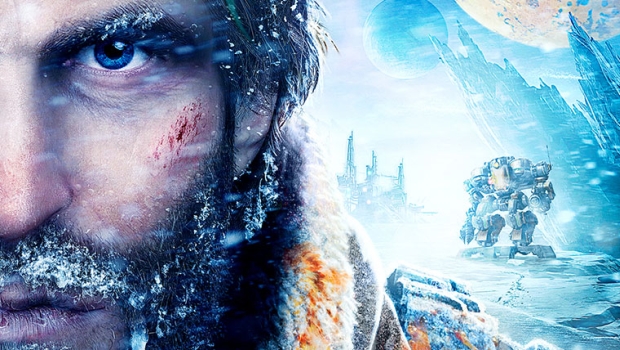 The team at Capcom has announced the release of Lost Planet 3.   Coming on Xbox 360, PlayStation 3, and PC, the game sticks to the harsh climate of its predecessors, but amps it up a bit.  The very popular multiplayer also returns in this installment as well.  If you’ve not checked on this title prior to launch, here’s a bit about it:

The extreme and unpredictable conditions that characterized the Lost Planet® series return to E.D.N. III. Lost Planet 3 introduces Jim Peyton, a Utility Rig pilot who leaves Earth to take on a hazardous but lucrative contract working for Neo-Venus Construction (NEVEC), obtaining samples of the planet’s natural energy source – Thermal Energy, which NEVEC believes will save Earth’s energy crisis. With this latest addition to one of Capcom’s major franchises, new truths about the foreboding planet and the colonial history will be revealed.

Lost Planet 3 delivers a mix of action both inside and outside of the Utility Rig. Acting as a home away from home and offering protection from the ever changing climate, Jim soon discovers the Utility Rig’s array of tools are just as useful at taking out Akrid of all sizes as they are at helping him fulfil his contract work. Outside the rig, the action switches to third person with Jim at the mercy of the planet’s elements. He’ll need to battle against hostile enemies with a mix of gun and melee based combat to survive all that is thrown at him.

The title also supports a full set of multiplayer modes that enhances players’ experience of the Lost Planet world and sees them taking on the role of either the NEVEC forces or the Snow Pirates in up to ten player battles.

An official soundtrack for the title featuring all of the in-game music that Jim can listen to in his Utility Rig is also available to purchase digitally on iTunes and Amazon across North America and Europe beginning today.

We’ve also got a launch trailer for the game below so you can see it in action.  Stay tuned for more on this title as we get our hands on it.