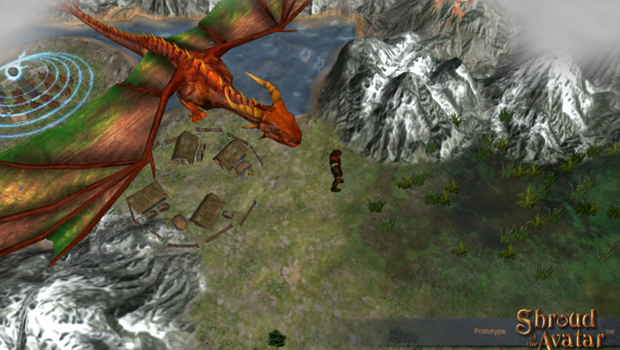 I had to resist the urge to throw some exclamation marks in that title, because this is something I’ve been waiting years for. Richard Garriott – that’s Lord British to you commoners – has revealed a kickstarter today for Shroud of the Avatar: Forsaken Virtues. As of this writing the funding is already over 1/3 of the way to the 1 million dollar goal, and it’s easy to see why: this is the creator of the Ultima series pitching this one, assembling what sounds like a fantastic team with a glorious vision. At least in terms of the pitch, Garriott has not forgotten what made the Ultima games really stand out – and frankly, he’s got me pledging money already. Let’s take a look at some of the features Shroud of the Avatar is going to be offering up.

From Lord British’s Treatise on “What is an Ultimate RPG?”:

Now, I’m an Ultima fanboy (except for VIII and IX), but really – I’m also cautiously optimistic even in the best case scenario. Garriott clearly knows what his fans want to hear with this title, and is playing to their expectations. But this is a title I’m willing to put my faith in, and judging by the rapid uptick in kickstarter funds, it looks like I’m not alone. So hey, Richard, if you’re reading this – please don’t let us down. The gaming world shouldn’t have gone so long without a proper Ultima title as it stands. Work that magic again and give us a glorious world to get engulfed in all over again.