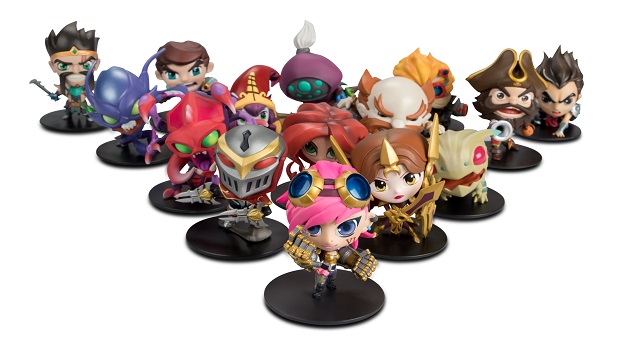 Loot Gaming recently released details for its upcoming Champion-themed crate, which will feature items from different gaming franchises. Of note in the announcement is that a special mystery figure from Riot’s popular MOBA League of Legends will be available in every crate.

Valued at over $75, this month’s Loot Gaming crate will feature items from Fallout 4 (specifically, a Fallout Laser Rifle Replica), Brütal Legend, and Battletoads. The standout item, however, comes in the form of a mystery figure from League of Legends. Each crate will have one figure shipped at random, with a selection of champions available. The list is as follows:

You can order the Loot Gaming Champion crate from now until June 27, with plans starting as low as $23.95 plus shipping. Check out Kay’s E3 interview with a Loot Crate representative here, and stay tuned for more news here on Gaming Trend.