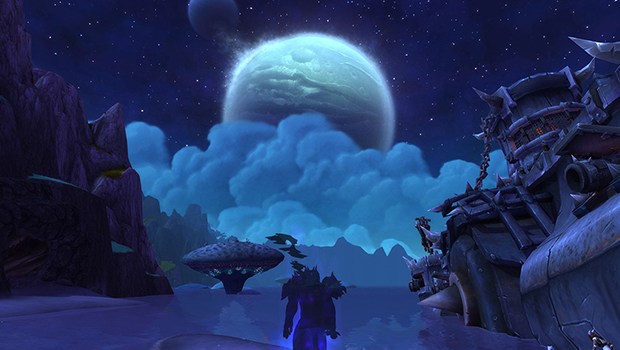 This isn’t my first WoW expansion. I’ve been playing the game since it was in beta and have participated in the launch of every expansion with the exception of Mists of Pandaria. There’s usually one location everyone hangs out at which is the person or object that triggers the transition into the new expansion’s territory. Think of it like an official launch party or a midnight launch event at your local game store. It’s a gathering of some of the biggest fans – there’s excitement in the air as everyone awaits the moment that they can embark on a new adventure.

Last night I got to be a part of the fervor of the Warlords of Draenor launch. Dozens of dragons spotted the sky, a mammoth mount train circled around the group, and countless casters were shooting off spells creating the equivalent of a fireworks show. Even on my beast of a PC, the pandemonium was enough to cut my framerate in half.