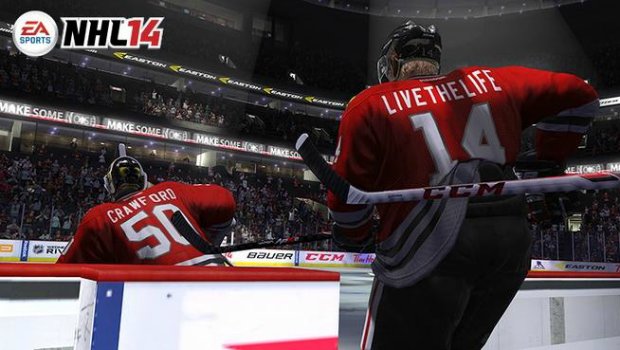 EA Sports’ NHL 14 has announced the changing of it’s Be a Pro mode, adding many off-the-ice interactions and challenges in the new Live the Life mode.  In this new mode, players will be able to watch their created player go from a small time minor leaguer to marketable superstar loved by fans and teammates alike.

A combination of on-ice performance and off-ice keeping it real, players can make shrewd media, teammate, and even family decisions that will affect the way fans and others view you.  Are you a great player that everyone hates, a bad player beloved by teammates, a player who’s family comes first, or a all-time superstar with mega endorsements and adoration from all facets of life?

While 2k has had something similar in their My Player mode for years, it has never been fleshed out to the levels it needed, nor did it carry any realistic progression or function.  While this mode looks similar, there is some signs that EA has taken the idea to a next level.  Though from the looks of it in the video, there will still be more work to be done to completely capture the total life of a sports figure.  The questioning seems to be entirely text based, and there are a few “teasers” in the trailer below that make little sense.