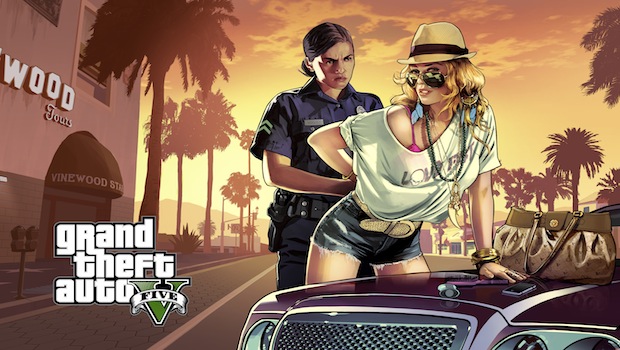 A Reddit user broke news yesterday that Take-Two, the Darth Vader to Rockstar’s Luke Skywalker, had commissioned a live-action commercial for the hotly anticipated title, involving a real bang-up of a car chase through a backstreet lot in steamy Mexico City. The user, identified as ‘marcodj’, claimed that the shoot was going down in front of his office building; naturally, the thread spawned tons of glib Reddit-style comments like “wow the graphics are incredible!!!” and “I didn’t know it would be in 3D!!!”. Hardy har.

At any rate, the guy gives a pretty good breakdown of how the commerical is going to play out:

The guy in the suit of the last photo exits the totaled car while talking to the camera, as he makes his way out, the car explodes and he walks by the car under the trees while some other effects are set behind him (I managed to see these in a monitor).

Sounds neat, and one can imagine the sort of badass monologue the unnamed actor delivered, presumably playing one of the game’s protagonist’s (there will be three). It seems as though Take-Two will spare no expense at rocketing the hype for this game into the stratosphere, and anyone can tell you that it’s already one of the most most hotly anticipated titles of 2013. Rockstar has it slated for a September 17th release on PS3 and Xbox, with a PC and Wii U version currently under consideration, though not officially confirmed.

You can check out the pictures that the user was able to capture in the gallery below, and as always, let us know your thoughts in the comments section. Will the game live up to its hype, or does this seem like it might be a somewhat overwrought attempt at a big budget commercial that won’t really change opinions one way or the other? 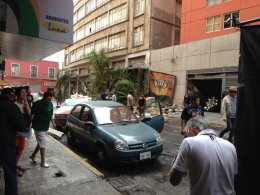 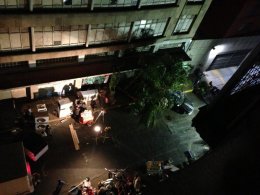