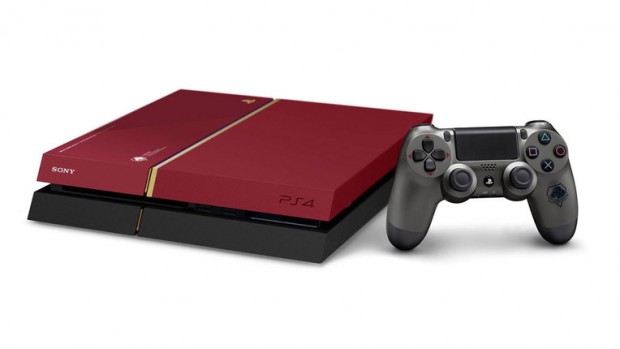 Sony announced via the Playstation Blog today that Metal Gear Solid V The Phantom Pain will be receiving a limited edition 500GB PlayStation 4 on September 1st, 2015 – the same day as the game’s launch. It will be available only in Europe, Australia, and New Zealand and will be a part of a bundle that also includes a customized DualShock 4 controller and the Day 1 version of Metal Gear Solid V which includes bonus downloadable content. The PS4 sports an aesthetic that resembles the “look of Snake’s Bionic Arm”, and the controller will resemble the handgun Snake likes to use. Both also feature the logo of the “Diamond Dogs”, the PMC that Snake leads.

For those unable to pick up this special bundle, there will be a separate one which will include the normal PS4 and DualShock 4 controller along with the Day 1 version of the game, which will also be released on September 1st.