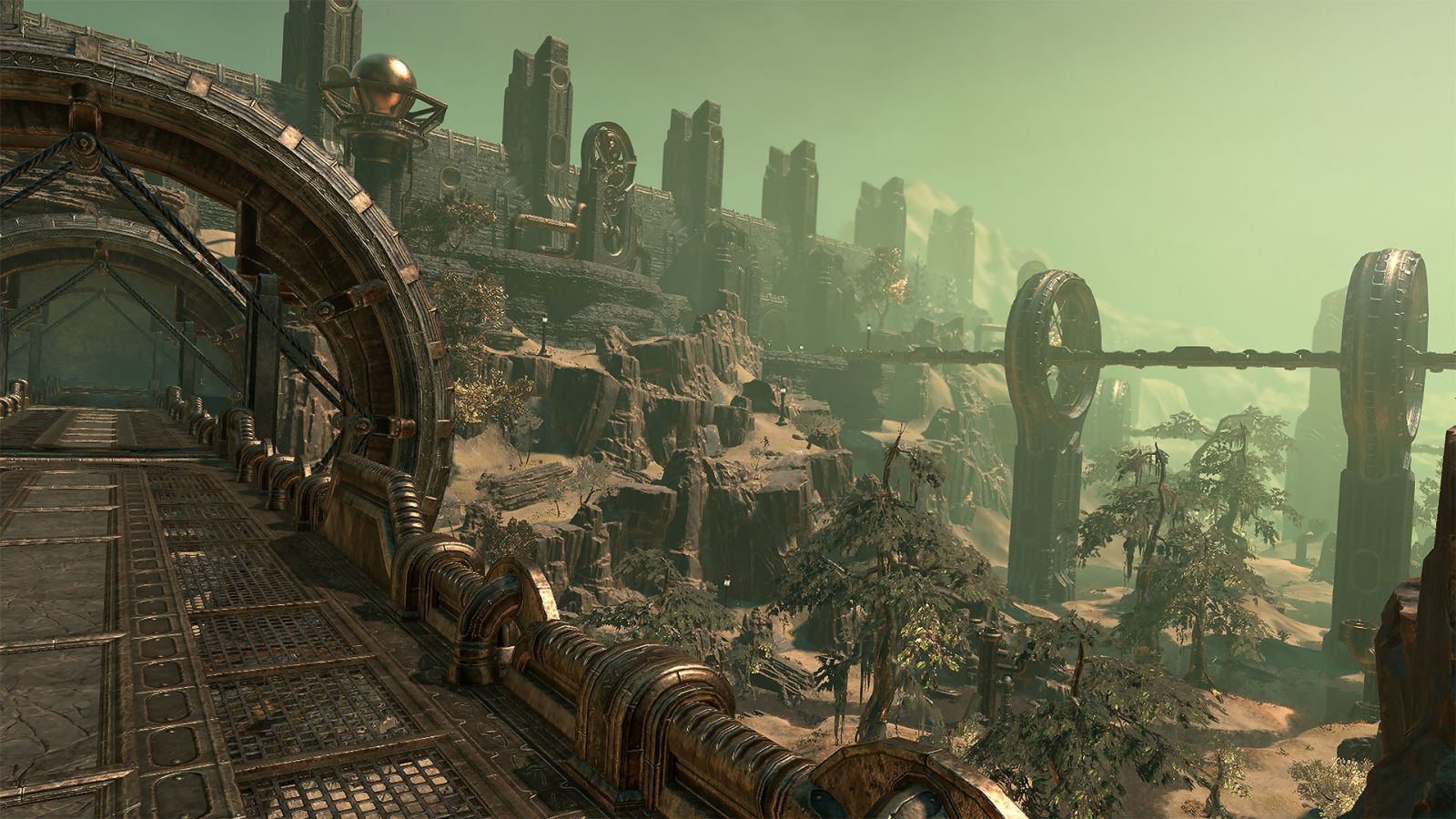 Today Bethesda Softworks announced that Clockwork City, the sixth DLC game pack for The Elder Scrolls Online, will be released on October 23 for PC/Mac and on November 7 for PlayStation 4 and Xbox One.

The pack’s main feature is a brand new zone, the eponymous Clockwork City, created by one of the former members of the Tribunal, Sotha Sil. It promises up to ten hours of gameplay, a new 12-player Trial (called Asylum Sanctorum), new armor sets, crafting motifs, and more.

At Pax West this year, Zenimax Creative Director Rich Lambert said he anticipated that the pack would be roughly about the same size as the Thieves Guild and Dark Brotherhood DLC packs.

ESO players can begin the prologue quest for free by going to any Mages Guild headquarters and reading a note called “Order of the Eye Dispatch,” which will trigger the quest. Completion will earn them a free memento.

The content is available through the in-game Crown Store, and must be purchased with crowns that can be bought for real-world currency. On its own, the pack is 2,000 crowns, or can be downloaded for free by subscribed ESO Plus members. In the Clockwork City Collector’s Edition, the base pack is bundled with additional content, including an exclusive pet, mount, and five Crown Experience Scrolls. The Collector’s Edition is priced at 4,000 crowns.