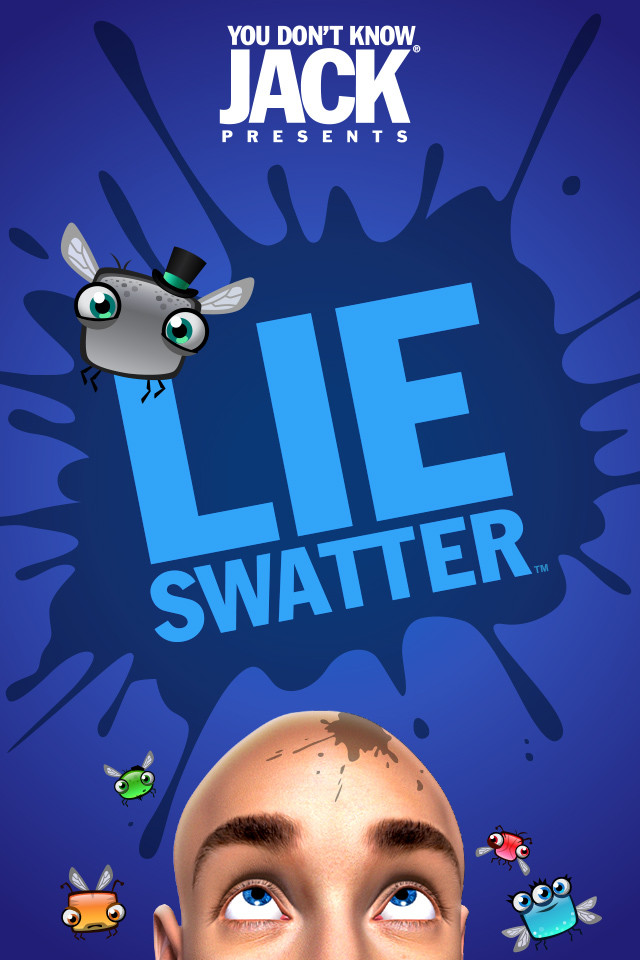 Lie Swatter hits mobile platforms today in the Apple App Store and is another product from the deliciously twisted minds at Jellyvision, the publishers of the famously irreverent You Don’t Know Jack. The announcement came in a press release.

The free download is a multiplayer trivia game which asks you to separate strange fiction from stranger facts like “Christmas trees kill an average of 13 people per year.” Each blurb of information comes on a bug and it’s up to the player to decide to swat the lies. Opponents can be found through Facebook connect, email, username or random opponents. Games are three rounds of seven statements each.

“Lie Swatter is the further evolution, or devolution, of our brand of twisted trivia, and another chance to prove to your friends that they’re dumber than you are. Plus you get to squish bugs. Deceitful, lying bugs.” said Mike Bilder, General Manager of Jellyvision Games in the press release. “We’ve built Lie Swatter from the ground up as a quick, turn–based mobile gaming experience that we think both YOU DON’T KNOW JACK fans and insectophobes alike will love.” Note: No bugs actually harmed during game. We love all creatures of the Earth.

This is Jellyvision’s second mobile game and a future Android release is planned.