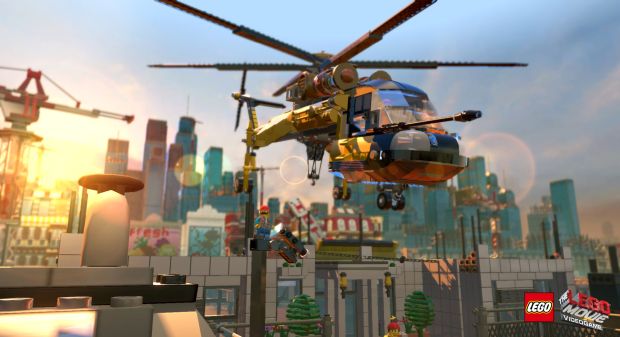 Warner Bros. Interactive Entertainment and TT Games today announced that they will be bringing their beloved LEGO franchise to our shiny new next-gen consoles. Their upcoming product is titled rather simply, The LEGO Movie Videogame. This adorable franchise has garnered tons of attention due to its accessibility for kids yet still managing to provide enough to keep adults enthralled. That being said, there have been a few slip ups in the franchise, lets hope LEGO Movie is not one one of those.

Taken from the announcement press release:

“In a scenario drawn from the film, The LEGO Movie Videogame puts LEGO kids into the role of Emmet, an ordinary, rules-following, perfectly average LEGO minifigure who is mistakenly identified as the most extraordinary person and the key to saving the world. Players guide him as he is drafted into a fellowship of strangers on an epic quest to stop an evil tyrant, a journey for which Emmet is hopelessly and hilariously underprepared.”

Along with the announcement of this new product, Warner Bros. also provided some screenshots which you can find below. LEGO Movie Videogame will release on Xbox One, PS4, PS3, Xbox 360, PC, and 3DS in 2014 alongside the “LEGO Movie.”