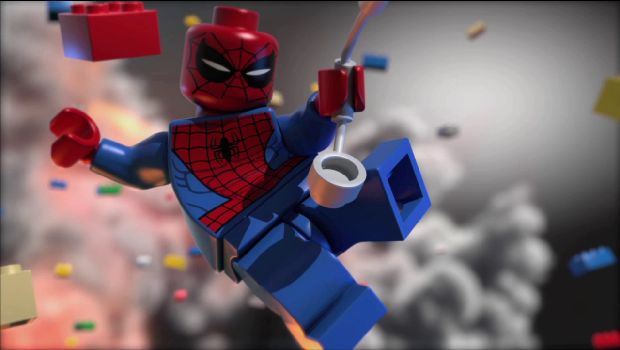 If I told you what the exciting news was in the title, you wouldn’t have wanted to keep reading (admit it). In my opinion, what was released today is beyond fun and contains more puns than you could hope for. Along with a hearty amount of screenshots for the new Lego game came the LEGO Marvel Super Heroes demo — only on the Xbox Live Arcade and PlayStation Network. It was clever, humorous, and lives up to the expectation of being a Lego game.

LEGO® Marvel  Super Heroes features an original story crossing the entire Marvel Universe. Players take control of Iron Man, Spider-Man, the Hulk, Captain America, Wolverine and many more Marvel characters as they unite to stop Loki and a host of other Marvel villains from assembling a super-weapon capable of destroying the world. Players will chase down Cosmic Bricks as they travel across LEGO Manhattan and visit key locations from the Marvel Universe, such as Stark Tower, Asteroid M, a Hydra base and the X-Mansion.

I don’t usually anticipate Lego games, but this one did a good job at grabbing my attention. Lego Marvel Super Heroes comes out for the Xbox 360, PS3, Wii U, 3DS, PlayStation Vita and PC on October 22. The game also comes out for the PS4 and Xbox One in November. If you check out the demo, it might just make your night. It’s “brickin’ awesome”. (Credit goes to the development team for coming up with that one.)