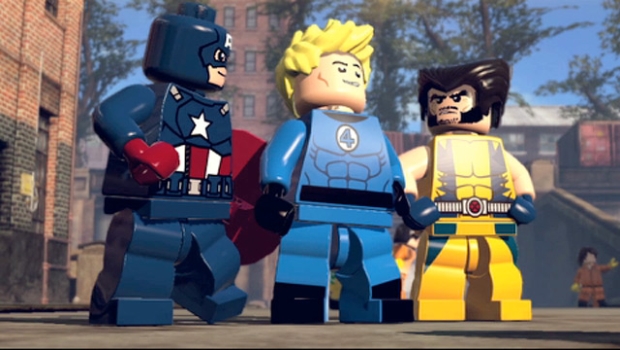 Don’t let the gloss on some of the huge titles let you miss out on some of the pure awesome that is LEGO Marvel Super Heroes. Today the game has shipped for PlayStation 4, and we’ve got a batch of new ultra-wide screenshots to show you the graphical difference.  Our review was very positive on the title, and a bit of polish could only help. Here’s a nibble about the game:

Bringing the exciting gameplay experience to the next-gen console, LEGO Marvel Super Heroes for PlayStation 4 adds stunning new gameplay visuals to the current generation version that launched earlier this year to critical acclaim. Plus, players can now take part in co-op remotely by synching the PlayStation® Vita and the PlayStation 4.

LEGO fans and families will also be able to enjoy the game for Xbox One® on November 22 in North America and in European territories beginning November 29. Don’t forget that the game is also available now on Xbox 360®, PlayStation®3, Wii U™, PC as well as Nintendo 3DS™ and PlayStation® Vita handheld entertainment systems.

LEGO Marvel Super Heroes features an entirely original story that encapsulates the entire Marvel Universe. Players take control of over 100 unique Marvel characters like Iron Man, Spider-Man, the Hulk, Captain America, Wolverine and more as they unite to stop Loki and a host of other Marvel villains from assembling a super-weapon capable of destroying the world. Players will chase down Cosmic Bricks as they travel across LEGO Manhattan and visit key locations from the Marvel Universe, such as Stark Tower, Asteroid M, a Hydra base and the X-Mansion.

The game looks gorgeous!  The LEGO titles have been absolutely stellar, and this one is the highest rated LEGO titles to date.  Hard to go wrong with that.  Check out the screens for yourself.