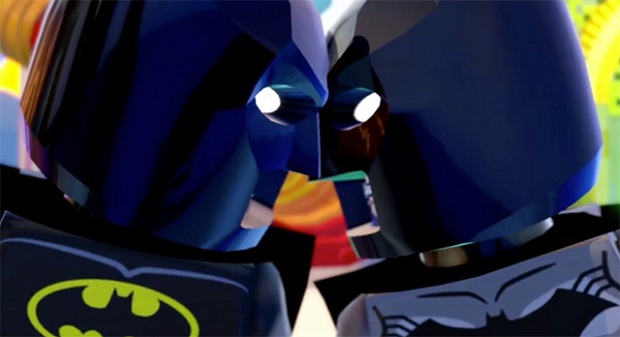 Lego Dimensions is huge crossover of several Lego worlds, and the latest trailer for the toys-to-life game shows just how a world where Gandalf the Grey and Batman team up came to be.

The new “Worlds Collide” trailer shows characters from properties like Batman and Lord of the Rings being sucked into dimension-spanning portals, taking them to worlds of Scooby-Doo, The Lego Movie, and more, all thanks to the work of a villain called Lord Vortech.

Lego Dimensions is WB’s shot at the toys-to-life market, allowing players to use Lego figurines as playable characters in-game. The game’s $99 starter pack featuring Batman, Gandalf, and Wyldstyle will be available on September 27th on PlayStation 4, PlayStation 3, Wii U, Xbox One, and Xbox 360.