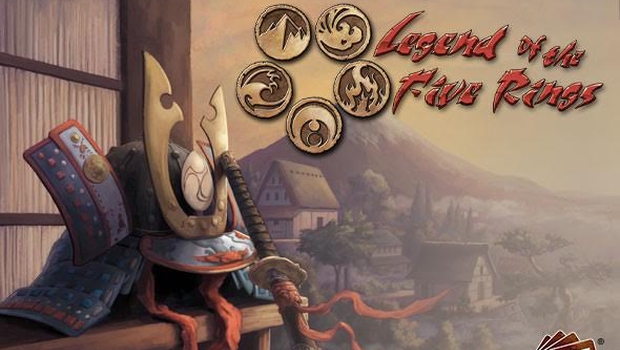 While Magic may be the most popular CCG available, The Legend of the Five Rings (L5R) has been a popular contender for quite some time.  It has been around since 1995, showing the lasting power it has had with many other CCGs falling by the wayside.  Soon L5R will be taking a change in direction to a Living Card Game, as it will be purchased by Fantasy Flight.

For the past two decades, Legend of the Five Rings has been a hobby games mainstay as a collectible card game (CCG) and roleplaying game. AEG will be releasing the final set of the CCG later this year, closing this chapter of the game. Fantasy Flight Games anticipates its first Legend of the Five Rings product to be a relaunch of the card game as a Living Card Game (LCG) with a debut event at Gen Con 2017. More details will become available once the deal has closed.

“The prospect of working on Legend of the Five Rings is very exciting for us,” said Steve Horvath, SVP of Communications at Fantasy Flight Games. “The AEG team has done an amazing job creating a truly rich history and a universe with a deep narrative that fans have connected with for twenty years, and we are looking forward to the potential to build on that legacy moving forward.”

John Zinser, CEO of Alderac Entertainment Group said, “L5R is and will always be our first gaming love, but over time, we’ve changed our company focus further and further away from those roots. Our friends at Fantasy Flight Games have staff with a long history with the L5R property and its games, who are excited about the prospect of taking the brand into the future. When we recently decided it was time to end our own work on the story of Rokugan, we knew they were the best possible stewards for the world, the story, and the community we love and want to see continue to succeed and grow into its next twenty years.”

Instead of being a high fantasy game, L5R is heavily influenced by feudal Japan.  Since this seems to be underused in many games, it could become a nice change of pace from the other LCG available.  Since FFG has a strong track record of supporting their LCGs, I foresee a strong future for L5R, and that should hopefully satisfy current players and attract new players.