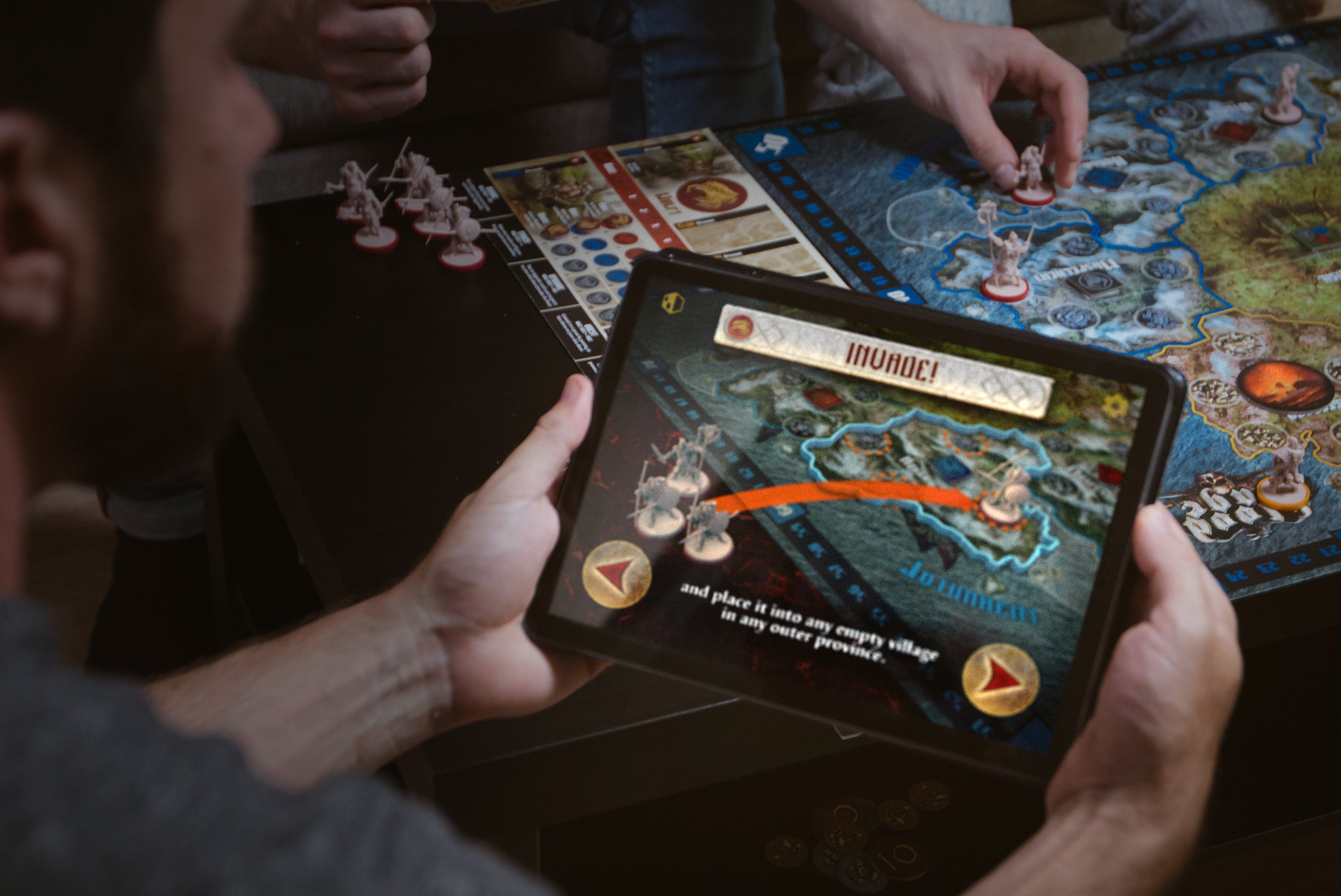 When you play a board game you generally need someone who already knows the rules or someone who has read the rules and has gone through the rulebook several times.  However, when you get a new game, you generally want to play it as soon as the cellophane has been ripped off.  Playmore Games is a company that wants to make that a reality with the Dized app, and they have now asked for funding on Indiegogo.

Playmore Games, a Helsinki-based gaming company, started a crowdfunding campaign for their Dized tabletop gaming app yesterday on Indiegogo. The campaign has already reached over 35 % of its funding goal in less than 24 hours.

Dized is a tabletop gaming app for smart phones and tablets. It removes the tedious rulebooks and gets gamers playing right out of the box. These step-by-step visual and interactive tutorials are like a friend at the table who knows the rules inside out.

The rising tabletop gaming market and potential for an app like Dized is an interesting opportunity for Indiegogo. The market size is growing and one reason is crowdfunding campaigns and Indiegogo wants to be the best crowdfunding platform for tabletop gamers. Dized is one of the most promising products to rise from this category, so this is the perfect fit for both companies.

“I discovered Dized over a year ago and been captivated ever since. It’s a really great way to keep gaming growing by removing the biggest obstacle for board games, which is rulebooks. Dized is innovative, disruptive and unique and that is what Indiegogo looks for. And we’re happy to be supporting this project,” explains Nate Murray, the gaming consultant for Indiegogo.

Playmore Games has earlier announced the initial line-up of board games to be featured in Dized. They are hugely popular games such as Carcassonne, Blood Rage, 7 Wonders, Bang! and Kingdomino.

“If you love playing games and don’t like reading rulebooks, there’s no reason for you not to support Dized right now. Dized differs from a regular “How To Play” video, because videos aren’t context sensitive. With Dized you can experience the game as you are learning it. You can even ask it rule-related questions,” explains Eric M. Lang, the designer of Blood Rage.

A successful crowdfunding campaign will allow a rapid expansion of the content in Dized, so in the future tutorials will be available for the most new games. Dized isn’t all about tutorials though as the intention is to create a one-stop app for the whole tabletop gaming community with downloadable content, a marketplace, community features and other useful tools. Backers can also receive special perks such as discounted subscription prices for premium features, special badges, early access and collector’s edition dice sets.

Global sales of tabletop games and puzzles have grown to $9.6 billion in 2016. Board games raised twice as much money compared to video games on crowdfunding platforms in 2015. The tabletop gaming market is expected to continue growing for at least the next five years. Tabletop gaming is growing in popularity again not only because of crowdfunding but also because families, kids and millennials are looking for new ways to spend time together.

The pledge levels have a nice range, and they are already over a third of the way to being fully funded.  Check out my interview from Gen Con with CEO Jouni Jussila to find out more about Dized.