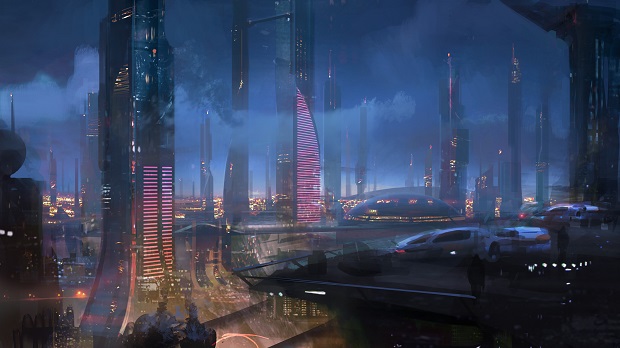 NeoGAF users have posted information from a survey that contains information about the upcoming Mass Effect project Bioware has been teasing.

The survey explained that the next Mass Effect will take place in the Helius Cluster of the Andromeda Galaxy, “far removed by time and space from Commander Shepard’s heroic acts and the final events of the Mass Effect trilogy.” Players will be put into the position of a “pathfinder” leading an expedition to find a new home for humanity.

Some returning elements, such as loyalty missions, dialogue options, and the Mako are all confirmed to be within the new game, while the survey also notes an increased focus on exploration and the return of a multiplayer mode.

While the full survey can be found on the NeoGAF thread, user EatChildren condensed the information into bullet points for easy reading:

NARRATIVE:
• Premise: Set in the Helius Cluster of the Andromeda Galaxy, removed by time and space from the Mass Effect “Commander Shepard” trilogy and its ending. Play as a “Pathfinder” explorer leading expedition with the aim of establishing new home for humanity. Encounter “savage untamed lands”, “cut-throat outlaws”, and “warring alien races” in an effort to survive and colonies. Andromeda is home to a mysterious alien race, the Remnants, who’ve left their vaults and ancient technology throughout.
• Game Objective: Explore 100s of solar systems (over 4x size of Mass Effect 3) collecting resources, developing your ship, crew, and arsenal, while engaging in diplomacy in order to set up colonies, while discovering the mystery behind the Remnants and racing to secure their technology.
• New Species: Remnants, an ancient race who’ve left ruins and technology throughout the galaxy. And Khet, seemingly antagonistic.
• Squadmates: Same as previous games: make friends, take two with you on missions. Cora is able to generate biotic shields you can fire out of. Drack is a Krogan.
• Loyalty Missions: Same as previous games: complete to unlock increased loyalty and new skill tree for that character. Example: Krogan colony ship has been stolen by outlaws. Track down the ship and return it to increase loyalty with Drack. Dialogue trees and end game impacted by loyalty status.
• Dialogue: “Meaningful choices”. Deeper control over responses, such as interrupting conversation. Action based choices are physical choices to shape the course of conversation, such as pulling out a weapon and forcing them to open a door instead of attempting to do so purely via conversation.

Confirmed details on the next Mass Effect are sparse, with Bioware having only hinted at the follow-up in pieces over the past few years. At last year’s N7 Day, the studio did confirm that the game would be written by ex-343 Industries writer Chris Schlerf, and showed off new concept art.