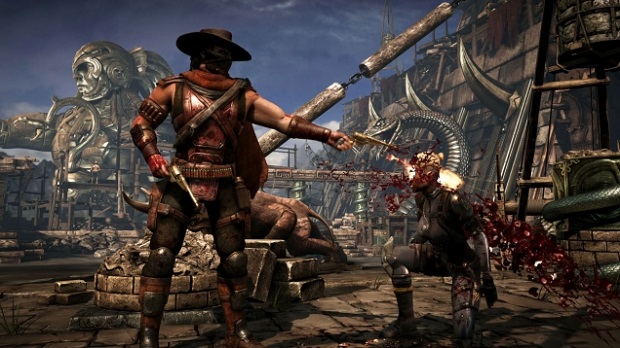 Leaked images of Mortal Kombat X have revealed that Erron Black will be a playable character in the upcoming fighting game.

Erron Black is a character debuted in the Mortal Kombat X comic series that began rolling out earlier this year. Erron is the latest character to be confirmed as playable in Mortal Kombat X, including the Cage family and Friday the 13th’s Jason Voorhees.

The PC, PlayStation 4, and Xbox One version of MKX is slated for release on April 14th, but the PlayStation 3 and Xbox 360 version has been delayed. Developer NetherRealm Studios recently revealed that the fighter would be coming to mobile devices.