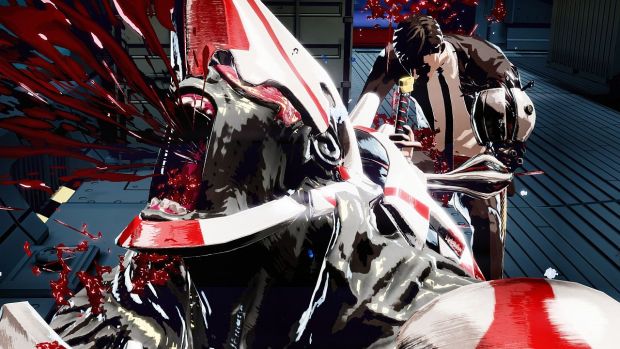 Suda’s next insane original IP, Killer is Dead, now has itself an official release date. Today publisher XSEED confirmed that the official arrival date for Killer is Dead (in North America) will be August 27th. That isn’t all that was announced, however, as they also unveiled what the special launch day versions would consist of, making it sound like you’re getting a deluxe edition for no extra charge.

“All initial launch copies of the game will come packaged with an 80-page hardcover art book, a soundtrack CD containing 25 songs, and the ‘Smooth Operator’ DLC pack containing bonus in-game goods ‘Gigolo Glasses,’ an alternate costume for Vivienne and Mika, a bonus ‘Gigolo Mission’ with Betty, and an entire additional episode with the vampiric Sebastian.”

I’ve learned to always take a wait and see with Suda’s games, as I’ve been majorly disappointed by him before. But Killer is Dead seems to be shaping up as one of his better projects. Now lets hope it’s more Shadows of the Damned than it is Lollipop Chainsaw. It seems as if there’s no information on the European release date just yet but “Deep Silver, the games label of Koch Media, will bring the title to the countries of Europe and Oceania…” states the press release.

Killer is Dead will arrive on store shelves here in North America come August 27th at the standard price of $59.99.