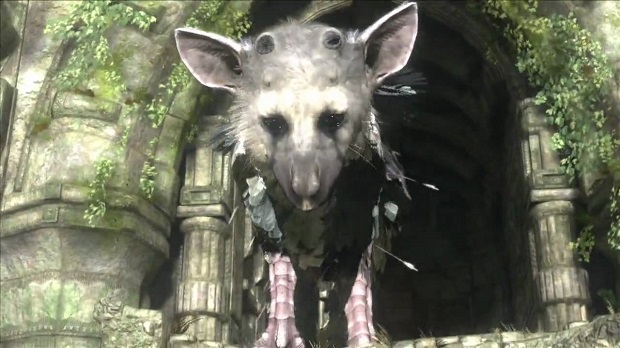 Reports are circulating that Sony is planning to re-reveal The Last Guardian at this year’s E3.

News of this comes from The Guardian, which wrote about Team Ico’s long dormant game in a piece about the outlet’s most-anticipated games of this year’s event. The write-up stated that the publication had heard from sources that The Last Guardian will finally resurface this year, but whether it would still look anything like it did when it was revealed is unknown.

Yes, we know it has been in development hell since 2007, but we have it on very good authority thatthis will be the year that Team Ico finally presents its follow-up to much loved classics Ico and Shadow of the Colossus. Whether it’ll bear any relation to the game last shown at E3 in 2009 is anyone’s guess.”

Along with rumors of the game’s re-reveal circulating, a separate report has pegged PlayStation 4 architect Mark Cerny as The Last Guardian’s new lead.

Just Add Water founder Stewart Gilray implied this on an episode of the PS Nation Podcast, where he claimed that a software team led by “the guy who helped out with the architecture of the Vita and PS4” was currently tasked with finishing development of the long-awaited game.

I did hear a funny story about Last Guardian,” said Gilray. “It’s a certain somebody’s software team [working on it], and that certain somebody is the guy who helped out with the architecture of the Vita and PS4. I’m led to believe that he’s — his team is now running Last Guardian to finish.”

Along with working on the architecture for the PlayStation 4 and Vita, Cerny is known for his work in games as a designer and consultant. His most recent game, PS4 launch title Knack, was released in 2013.

The Last Guardian was originally revealed as a PlayStation 3 game in 2009, but evidence has surfaced that implies the game may have migrated to PlayStation 4. Team Ico’s last game was Shadow of the Colossus, which was released for PlayStation 2 in 2005 and later remastered for PS3 alongside Ico in 2011.