Do you know who Richy Jackson is? If you are a Lady Gaga fan then you do. He’s the Choreographer that brings her wackiness to life on stage, and today Ubisoft has added a special version of Applause to life using his choreography. Let’s don our meat dress and sidle up to the details:

Today, Ubisoft announced that a new version of “Applause” by Lady Gaga is one of the latest downloadable tracks for Just Dance 2014 and features the official dance moves from her choreographer, Richy Jackson. Jackson worked closely with the Just Dance 2014 development team to ensure that the choreography in the game aligned with the moves from Lady Gaga’s music video and performance at the Video Music Awards.

This version of “Applause” costs $1.99 and will be available to download in Just Dance 2014 on December 17 for all current- and next-gen gaming systems.

Other than the video above and the screens below, you’ll also have a chance to compete for a competition to go see Lady Gaga in concert and meet her backstage! Later this month all the details will be posted up at the official site right here: http://www.justdancegame.com/ladygaga

Just Dance 2014 is available for Xbox 360, PlayStation 3, Xbox One, and PlayStation 4.  Enjoy the crazy dancing! 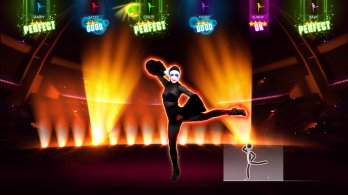 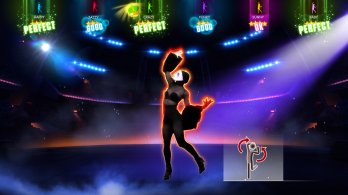 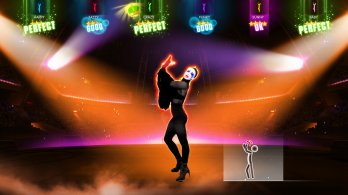 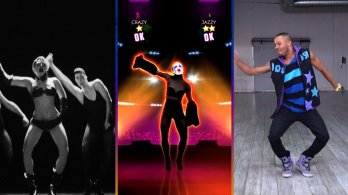