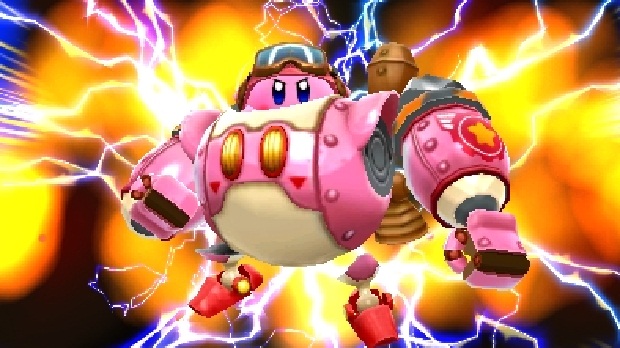 In this week’s Nintendo digital releases, the company announced a demo of its recent Kirby: Planet Robobot as well as three rereleases for Wii U and 3DS to celebrate the character’s birthday. Kirby: Planet Robobot follows the titular hero as he uses his trademark copy ability alongside new mechanized suits to fight back after a mysterious enemy invades his home. You can download the demo today on the 3DS eshop, and check out Gaming Trend’s review.

In other Kirby related news, rereleases of Kirby’s Epic Yarn and Kirby Mass Attack are available on the Wii U eshop. Both games take on different gameplay; Epic Yarn tasks Kirby and his partner Prince Fluff to traverse a world completely made of cloth without the former’s copy ability while Mass Attack has Kirby dividing into smaller versions of himself to solve puzzles using the touchscreen. On the 3DS virtual console, Kirby’s Dream Course is a golf title that has the character up against enemies as you try and sink him in different courses to get a hole-in-one.

Other than Kirby releases, there is a notable sale on Atlus’s Shine Megami Tensei: Devil Survivor 2 and Shin Megami Tensei IV this week, as well as the release of Vektor Wars on the Wii U eshop.