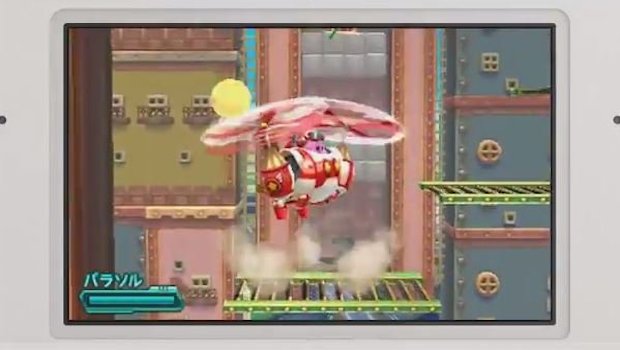 A trailer for a new Kirby game, called Kirby: Planet Robobot, premiered during today’s Nintendo Direct. A new game for the 3DS, Planet Robobot will release in the US on June 10, 2016.

The game will feature Kirby’s homeland being taken over by mechanized enemies, and the pink puffball will have to fight back to save its homeworld.

Including the ability to move between the foreground and background of levels, as well as Kirby’s signature skill-stealing powers, the lil’ pink ball will also be able to commandeer enemy robots and mechs. This “mecha Kirby” will be able to dish out some extreme damage in its own pink-styled robot suit.

The game will also feature four-player co-op against massive bosses, with persistent stat gains and cooperative team attacks to help tackle the largest of the four Kirby’s foes.