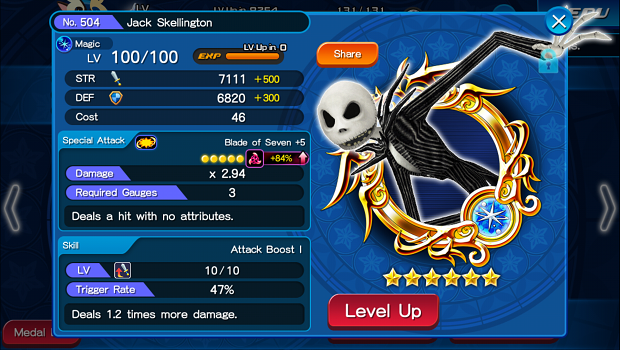 Square Enix announced plans for multiple Halloween events to Kingdom Hearts Unchained X during the month of October. The smartphone game will have a host of various items and quests into which players can delve, as well as other surprises later in the month.

Here is a current list of events that are occurring right now:

A quest from the Jack Skellington medal campaign.

In addition, Halloween Heartless will be featured later in the month, and players will have the chance to earn a Halloween Sora medal as well as other prizes.
Kingdom Hearts Unchained X is available now for iOS and Android devices.