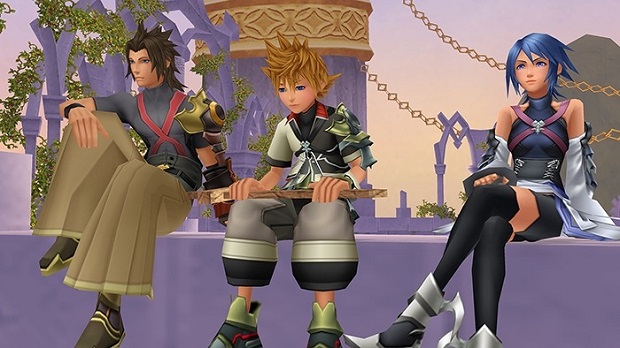 The first review for the Japanese version of Kingdom Hearts 2.5 comes from Dengeki Online, and the review reveals that there will be a brand new “secret movie” seen after watching all the HD cutscenes of one of the games included in the compilation: Kingdom Hearts: Re:coded.

“In the DS version of Kingdom Hearts Re:Coded there was a secret movie that was a pull towards KH 3D [Dream Drop Distance], which is of course included in this title too. Furthermore, and this is between you and us, but if you look at all the cutscenes you’ll see there’s a second secret movie… It’s a completely new cutscene of content that’s a must-see for fans, so please check it out with your own two eyes!”

Kingdom Hearts HD 2.5 Remix is coming to PlayStation 3 on December 2nd in North America. For more on the compilation, check out Square-Enix’s showcase of the new features you’ll find within it.