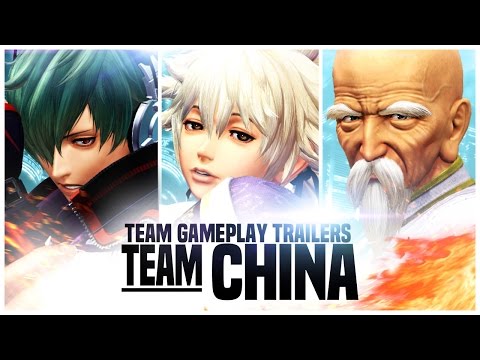 Atlus has released the King of Fighters XIV demo today on the Playstation Network. Players can choose from seven characters in this local multiplayer demo, from fan-favorite Kyo Kusanagi to the surprise fighter, King of Dinosaurs. Those who download the demo will also receive an exclusive dynamic theme for the Playstation 4.

In addition to the demo, Team China has been announced, comprising of Tung Fu Rue as well as newcomers Shun’ei and Meitenkun. Below is the announcement trailer for Team China:

King of Fighters XIV will be available exclusively for the Playstation 4 on August 23.