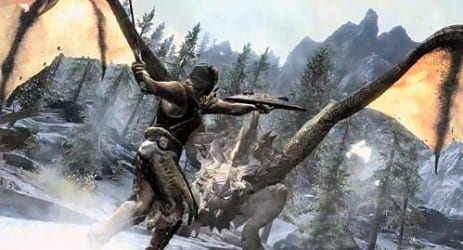 When playing Skyrim, did you ever wish you could actually perform Dragon Shouts instead of just pressing a button? Well, if you have a 360 with Kinect, that wish might be coming true. Bethseda announced today that an upcoming patch for Skyrim will add Kinect support to the game. The update is expected to add hundreds of voice commands to carry out existing actions, like accessing your items or saving your game. It will also add some new actions, such as inventory sorting. A new video shows the voice commands at work.

In addition to Kinect support, Bethseda also announced that they are working on an exclusive content pack for 360 players which will add new features, quests, and locations. Releasing content exclusive to the 360 isn’t a first for Bethseda games, which is great if that’s your platform of choice. However, I imagine PC and PS3 gamers won’t enjoy feeling left out. A release date for the exclusive DLC has not been announced yet, but the Kinect update will be released later this month.