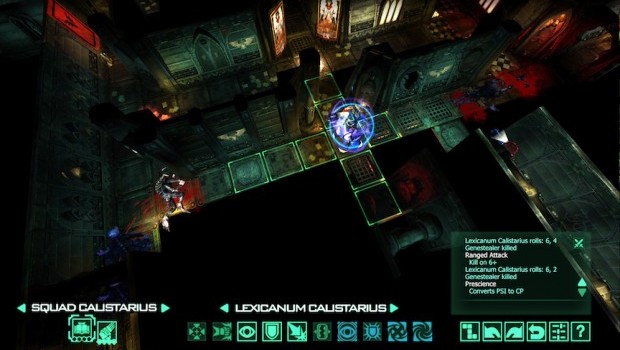 Space Hulk has been a kind of holy grail as far as board games go.  It has always been in high demand, and when Games Workshop published a third edition a few years ago it sold out quickly.  These days it is difficult to get your hands on a copy unless you want to spend major money.  Earlier this year Full Control released a version for the PC and Mac, making it more accessible.  Today they have announced that the iPad version will be coming on December 5th.

Danish development studio Full Control today revealed that the first Warhammer 40,000 based title will be available on iPad on December 5th. Space Hulk, the 3D digital adaption of the best-selling board game will launch on the App Store for iPad this December priced at $9.99. Featuring cross-platform play between iPad, PC and Mac, the iPad release follows the successful PC and Mac launch earlier in summer 2013.

Space Hulk is a 3D digital turn based strategy game that recreates the classic claustrophobic board game experience for single player and multiplayer. Set in the isolated corridors and tomb-like chambers of an ancient vessel lost in the graveyard of space, players lead a small army of fearless Space Marine Terminators to battle in a ferocious fight for survival against hordes of predatory alien Genestealers. Based on the “Sin of Damnation” campaign from the 3rd edition board game, Space Hulk includes a robust 12-mission single-player campaign.

Not a bad deal for $10, and being able to take it along with you on the iPad is a nice bonus.  If you don’t have the money to get the cardboard version, be sure to check this out.  Who knows, maybe this will convince Games Workshop to reprint the third edition, or make a fourth.