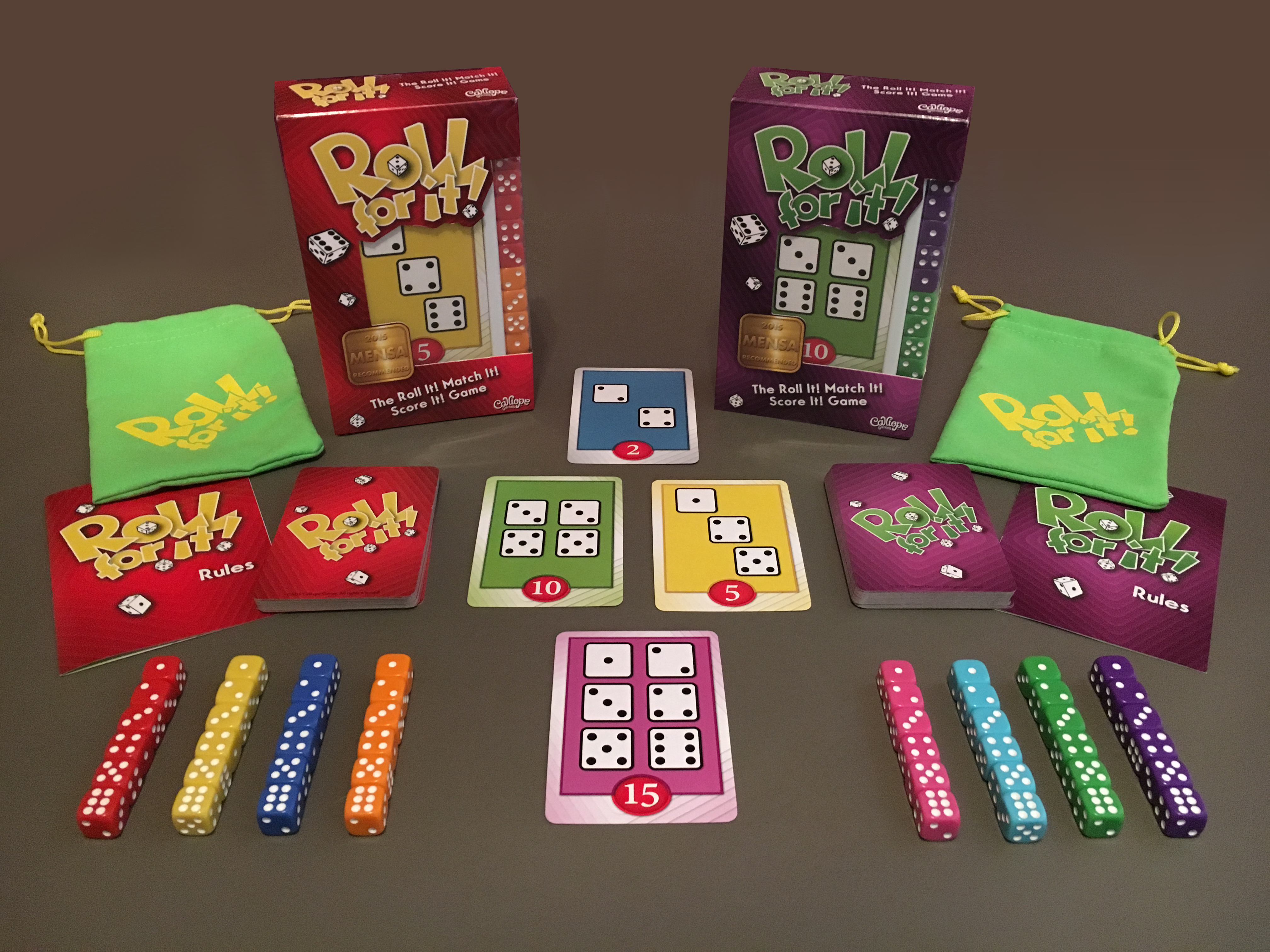 Calliope Games announced Kickstarter dice game Roll for it! to be re-released as a budget title at Target. Now available online or in stores, this version of the game contains an overhauled presentation and components compared to its previous iterations.

Priced at $12, this version includes a drawstring game bag, which holds 30 playing cards and 24 opaque dice for easy portability. The game is available in two colored sets, and can be played with 2 to 4 players with one set, or 8 players with both colored sets.

Roll for it! features simple rules and fast-paced, but thoughtful gameplay. Players take turns rolling dice, matching them to cards on the table, and scoring points when they completely match a card. The budget version of the game is currently available at Target.