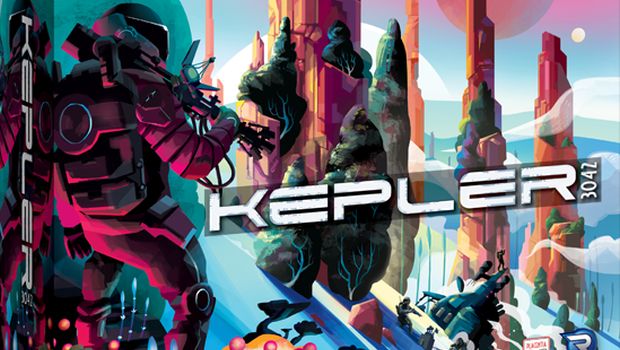 It seems like several space exploration games have been coming out.  Twilight Imperium just got a Fourth Edition, Eclipse will soon be getting a second edition, and CGE has Pulsar 2849 coming out soon.  Renegade Game Studios is entering the fray with Kepler-3042, which is coming out on December 13.

The year is 3042, and humanity is ready to explore the stars. Scientists have been studying the nearby celestial bodies for centuries, and they have identified the best candidates for human habitation. At long last, the nations of Earth have the technology to reach the stars. A peaceful competition has begun as they send their starships into the cosmos. In the end, all of humanity will win, but which nation will be remembered as the greatest pioneers?

Kepler-3042 is a game of exploration and colonization. You must carefully manage your resources as you colonize, exploit, and terraform the planets of the Milky Way, developing critical technologies along the way. Each round, you choose which action to perform and which bonuses to activate to further your goals. The nation with the most victory points at the end will be remembered by history as the greatest explorers in the galaxy!

What’s amazing about this game is that the playtime listed is 60-90 minutes.  That’s a far cry from the multiple hours games like this typically take.  Check it out in a couple of weeks at your local game store.