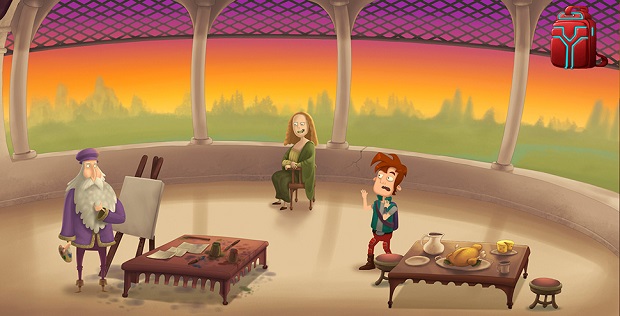 The silly point & click adventure Kelvin and the Infamous Machine has been released through the Steam Early Access program.

In Kelvin and the Infamous Machine, you travel through time to lend a hand to historical greats such as Leonardo da Vinci, Ludwig van Beethoven, and Sir Isaac Newton. Of course, while helping them complete their masterworks, you manage to stumble into all sorts of shenanigans.

The creators ran a successful Kickstarter campaign near the end of 2014, raising $29,122 for the project. Beta access began for their backers in August 2015, and now they’re finally ready to bring their game to a bigger audience.