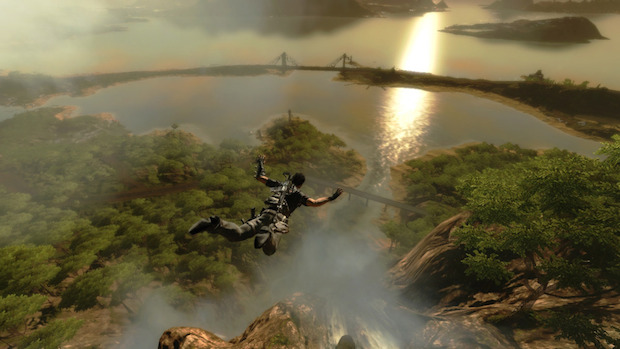 In a surprise announcement, Square Enix unveiled that they will be releasing Just Cause 3 in 2015 on the Xbox One, PS4, and PC.

The open-world series debuted to a lackluster reception but changed all of that with their explosive and exciting Just Cause 2, released back on March 23, 2010. Very few details are currently known about the upcoming Just Cause 3, but founder of Avalanche Studios, Christopher Sundberg, had the following to say in the announcement press release.

“We’ve been waiting for this moment ever since Just Cause 2 was released. This is the culmination of a decade’s worth of open-world evolution and innovation. In JUST CAUSE 3, we’ve sent Rico to a beautiful Mediterranean archipelago. He is of course bringing his Grapple and Parachute, both with game-changing upgrades, as well as the brand new Wingsuit. JUST CAUSE 3 truly represents the next generation of chaotic sandbox fun, and we can’t wait to show you more next year.”

As Sundberg stated, we will undoubtedly see more information about Just Cause 3 roll out next year as it creeps closer to its 2015 release.