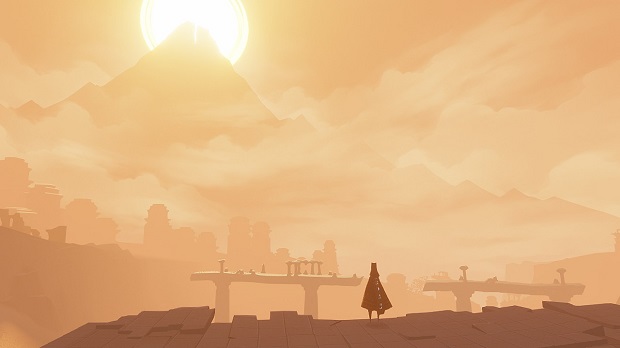 Both records will feature different art featuring the Traveler on both sides, one of which will show them wearing a white robe and scarf that players acquire through finding a certain number of collectibles in-game. The vinyl soundtrack is expected to be released in August, but pre-orders will begin on Thursday, April 23rd.

Journey was originally released on PlayStation 3, but will be coming to PlayStation 4 this summer both as a standalone download and as part of a thatgamecompany bundle. It was recently announced that the Traveler from Journey will be joining The Order: 1886’s Sir Galahad as playable characters in Super Time Force Ultra.