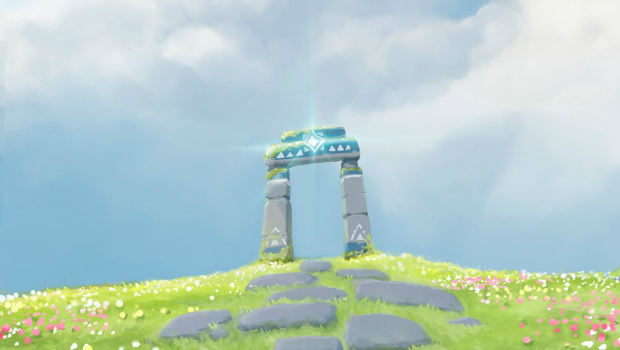 It seems like Thatgamecompany, the developer behind Journey and Flower, is ready to start talking about their next game.

Late last night, the developer tweeted several images — one of which could be a screenshot of the unannounced game — along with a new Twitter handle labeled @thatnextgame. A fourth tweet shortly followed, consisting of all three images and a hint at a 2017 release.

We hope you’ll enjoy @thatnextgame, and in the meantime we’re hiring. pic.twitter.com/jkjOclSDAt

Last year, Thatgamecompany alluded to their next project being a multiplayer experience when they sent out a tweet inviting server engineers to apply for jobs working on their “next connection-driven experience.” The job listing in question further revealed the studio’s hopes for their successor to the critically acclaimed multiplayer experience, Journey. (Thanks, IGN!)

We began incorporating online interactions into our last game, Journey, and we’d like to develop the online multiplayer gameplay even further in our next game.

Though Thatgamecompany’s last three games have all been PlayStation exclusives, studio co-founder Jenova Chen stated that the studio’s next project will be coming to “more platforms” thanks to a partnership established with Benchmark Capital shortly after Journey’s initial release. No specific announcements have been made yet pertaining to platform availability.

Journey was first released on PSN back in 2012. The game met massive critical acclaim for its minimalistic social interaction, environmental beauty, and seamless matchmaking and multiplayer experience. The game was later remastered for PS4 and was featured as a free PS Plus game last September.