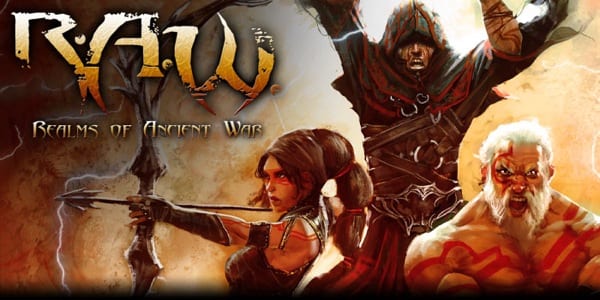 Focus Home Interactive has announced their newest hack-and-slash title, RAW – Realms of Ancient War, with an explosive launch trailer. Players can choose from either the Warrior, Rogue, or Sorcerer classes and plunge into a violent continent ruled by war and populated by teeming masses of enemies. ​RAW​ promises intense and challenging combat against an impressive number of opponents that you can take on alone or with a friend.

Along their quest, players will be able to develop the skills of their chosen character through experience gained from violent battles as well as weapons and magic items looted from the lifeless bodies of opponents. Players will learn new powers and devastating spells, some of which when mastered will allow players to inflict tremendous amounts of damage and eradicate several dozen enemies at once- imperative for enemies that rally in hordes to fight!

Focus Home Interactive teased one special ability from ​RAW​, a power that players can activate when the situation is truly dire called Incarnation. Incarnation allows players to temporarily take control of the most powerful foe and turn his weapons on his allies – carnage and slaughter guaranteed.

​RAW – Realms of Ancient War​ is available for purchase on Xbox Live and will be appearing on the Playstation Network on Spetember 25th. In the meantime, check out this awesome video!