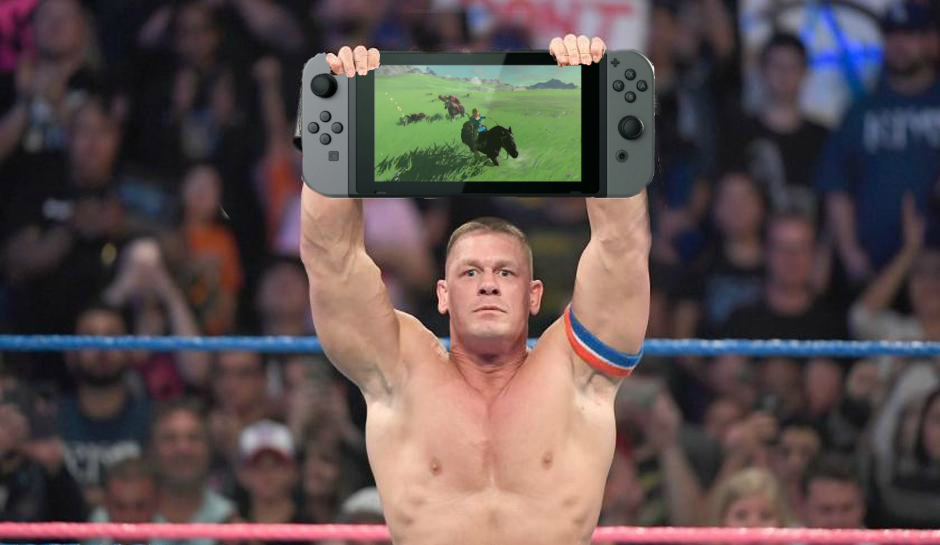 Nintendo is holding three events to offer the public hands-on time with the Switch. The first event — which will be invite-only — will take place at Blue Cloud Movie Ranch in California on February 23, and will be attended by WWE actor John Cena. The superstar wrestler will be playing 1-2-Switch with invited YouTubers and consumers.

The showcase will take place in a living room-styled set meant to emulate the experience of playing the portable console in your home. Following Cena’s featured showcase, two more sets will appear and will be open to the public; one on February 27 at the Snowmass ski resort in Aspen, Colorado, and another in Madison Square Park in New York on March 3. Nintendo hoped to bring these hands-on events to “places you would never expect.”

Here are the specifics for the three events:

1-2-Switch is one of two Switch launch games developed by Nintendo. The game boasts nearly 30 multiplayer-focused party games which is meant to showcase the console’s detachable Joy-Con controllers, using features like motion controls and Nintendo’s new HD Rumble technology. 1-2-Switch seems to be the Switch’s equivalent to other console launch games like Wii Sports (Wii) and Nintendoland (Wii U), though it will not be a pack-in game. 1-2-Switch is currently available for pre-order for $49.99.

Nintendo Switch will be available worldwide on March 3 and currently has seven games in its launch lineup, four of which will be local multiplayer games. For everything you need to know leading up to the console’s release, check out our Nintendo Switch launch day guide.