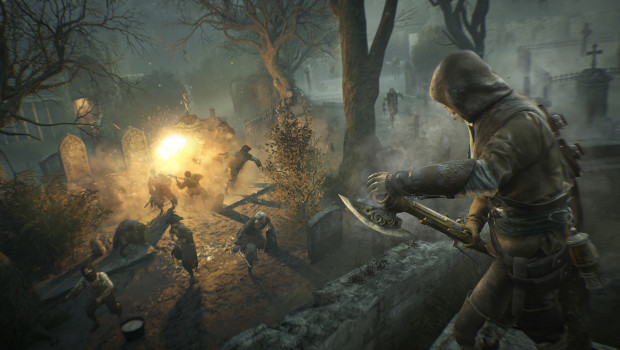 Actors Jeremy Irons and Brendan Gleeson have been announced to be a part of the cast of the upcoming live-action Assassin’s Creed movie.

As reported by Deadline, Gleeson will play the father of Callum Lynch, who will be portrayed by X-Men actor Michael Fassbender. Oscar winner Jeremy Irons will play the father of a yet-unknown character played by actress Marion Cotillard.  The film begins shooting next week and is expected to hit theaters on December 21, 2016. It is being directed by Justin Kurzel and distributed by 20th Century Fox.

The Assassin’s Creed film adaptation will follow Lynch as he relives his ancestor Aguilar’s memories in 15th century Spain. The film’s first poster was released a few months back.

The most recent entry into the AC video game series, Assassin’s Creed Syndicate, is coming to PS4, Xbox One, and PC on October 23rd.