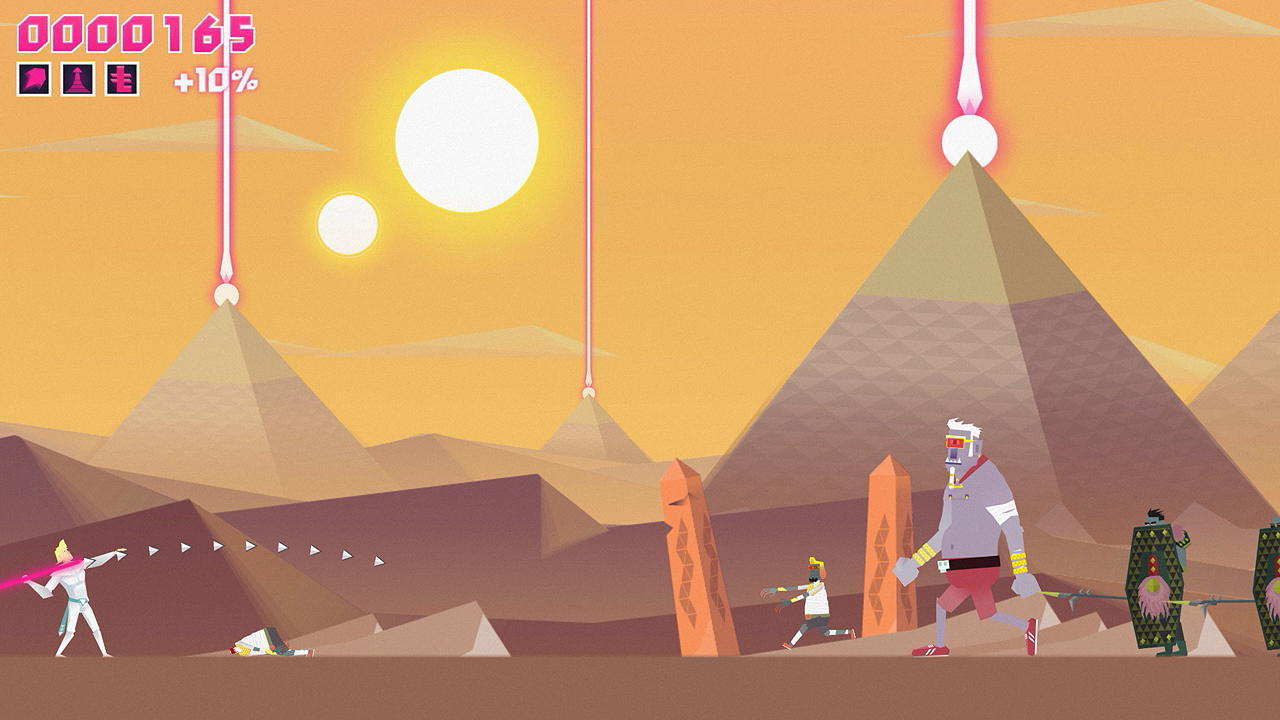 Today might be Lead News Editor Elisha’s birthday, but it also marks the release of five titles on the Switch’s eShop. While previously released for other consoles, Double Dragon IV and The Bridge make their Switch debut today, with Physical Contact: 2048 making an exclusive release for the console and Lichtspeer: Double Speer Edition and Neurovoider adding some more content in their updated forms.

The eShop descriptions for all five games are below:

(Double Dragon IV)
The next entry in the side-scrolling action game series Double Dragon is finally here!
The story picks up after the elimination of the Black Warriors in Double Dragon II!
Experience all-new exhilarating action with the original old-school graphics!
Use the art of Sou-Setsu-Ken to rescue the kidnapped Marian!
Plus, new enemy characters including ninjas, karate masters, and sumo wrestlers, none of which have been seen in Double Dragon before!
There are lots of extra modes, too! Cool new features fans have been waiting for!
Playable enemy characters, VS Mode, Tower Mode, and even more!

(The Bridge)
The Bridge is a logic puzzle game that forces you to reevaluate your preconceptions of physics and perspective. It is Isaac Newton meets M. C. Escher. Manipulate gravity to redefine the ceiling as the floor while venturing through impossible architectures. Explore increasingly difficult worlds, each uniquely detailed and designed to leave you with a pronounced sense of intellectual accomplishment. The Bridge exemplifies games as an art form, with beautifully hand-drawn art in the style of a black-and-white lithograph.

(Physical Contact: 2048)
Physical contact: 2048 is a casual but head-minded game that aims at higher values by coalescing the same blocks in the region.
For better grades, polite operation is necessary.
It is a game series where two people can play against each other.
Any two partners, including parents, friends and lovers are suitable.
Because it is simple and has rules that everyone knows, you can enjoy the game immediately.
If you use the handicap function, you can level the playing field.
Because the match times are short, you can play anytime and anywhere whenever you feel like it.
Of course there is also a single-player mode.
Please enjoy it together!

(Lichtspeer: Double Speer Edition)
In a land filled with Penguin Vikings, Wurst Zombies, and Hipster Ice Giants, survival is an art. Fortunately, an ancient champion with an elegant weapon has been summoned to please the Gods and restore balance to the universe.
Grab your lightspear, become a Germonaut, and traverse lands straight out of Germanic myths. Survive with style and expand your powers to fight for the glory and amusement of the almighty Gods.

AIM. SHOOT. KILL. DIE. THE LICHTGODS DEMAND IT. This is LICHTSPEER.

THUNDEROUS TEAMWORK
Fight for the glory, hand-in-hand with your four-legged friend in a Nintendo Switch™ exclusive co-op mode.

WUNDER BOSS BATTLES
Battle a diverse legion of gargantuan wunder bosses – exploit their weaknesses and smash them into pieces!

AN ANCIENT GERMANIC FUTURE IS HERE
Discover the lands of an ancient Germanic future and fight a horde of Biedermeier beasts from another dimension – Wurst Zombies, Evil Spacedwarfs, Skater Walruses, you name it.

SHOW OF YOUR LICHTMAISTER SKILLS
Decapitate your enemies with headshots, execute special attacks, and generate zuper massive combos to improve your score and impress your friends!

BOMBASTISCH SOUNDTRACK
Rave to a bombastisch space soundtrack by Marcin Sonnenberg, from electro space marches to the vibrating sounds of tecnocumbia.

(Neurovoider)
NeuroVoider is a twin-stick shooter RPG set in a cyber futuristic world about brains shooting around evil robots with nuclear rocket launchers. Battle through the horde of vigilant robots, boost your character with the smoking remains of your victims, and defeat the master NeuroVoider to end this eternal war. Play it coop with up to 4 friends, or go alone in an adventure of hack’n’slash rampage, with a pinch of rogue-lite, and some permadeath.

Out of the five releases out today, Lichtspeer and Neruovoider seem to be standouts, since the former has an exclusive two-player co-op mode and the latter has an accessible auto-aiming mode that can be played with a single Joy-Con. Whatever you decide, you can be sure that it’ll be an indie celebration to remember. Stay tuned for our full review of Lichtspeer: Double Speer Edition here on Gaming Trend.