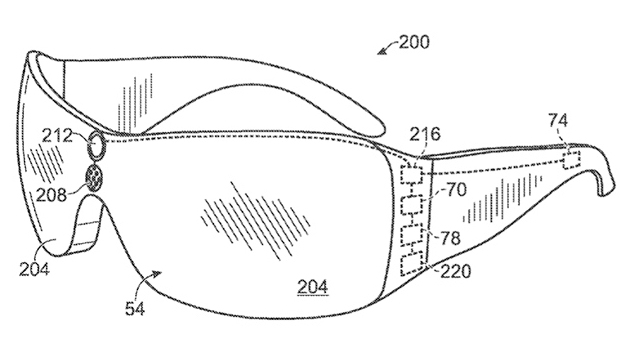 Remember that leaked document from last year that detailed Microsoft’s future plans for the Xbox One? Yeah, I’m just now hearing about it too. The purported leak was pulled down shortly after being posted and many speculated that it was nothing more than an elaborate hoax. But a patent filed last week by the multinational software giant now suggests that there may actually be some truth in the matter.

On August 1st, Microsoft filed a patent detailing an augmented reality “Head-Mounted Display” that closely resembles the Kinect-Glasses featured in the leaked document. By connecting the dots, the image of a immersive gaming experience using Kinect to track head and eye movements, begins to emerge.

The leaked document also described the glasses as Wi-fi/4G connected, possibly in hopes of competing with Google Glass. The majority of the patent details the multiplayer functionality of the headset and the ways it can make inviting friends on the fly more user-friendly.

Of course, corporations as big as Microsoft file numerous patents every month and all this still remains in the realm of speculation. Each next-gen systems is looking for the edge that will help them break away from the competition and this isn’t the first technology that Microsoft has explored (check out this 360-Degree wall projector). But the similarities between the 2010 leaked document and this month’s patent are striking. It may not be so long after all before we’re each wearing the games we’re playing.