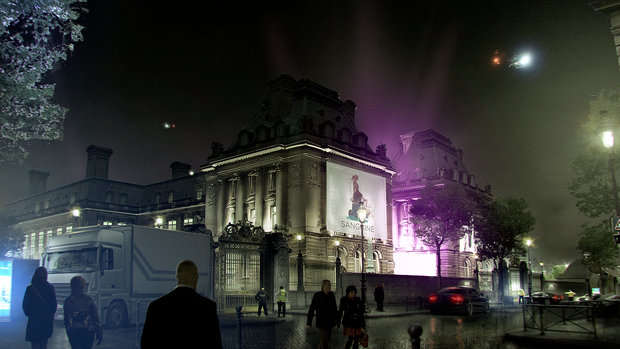 IO Interactive shows off first concept art for next Hitman

IO-Interactive is onto the next project as they have revealed the first concept art for their next Hitman installment. The concept art can be seen above.

The game has not been given an official name just yet and will not be featured at E3 this year. IO stated in a blog post “we’ve seen a lot of people talking about what we might be bringing to E3 this year. We know the worst thing is to hope for something that doesn’t turn up; so we wanted to let you know that our next Hitman is going to be under wraps for a bit longer.”

The building shown in the concept art is, according to IO, larger than any location in Hitman Absolution. Also, the building will be entirely explorable inside and out.

No other information is known regarding IO’s next Hitman at this time.