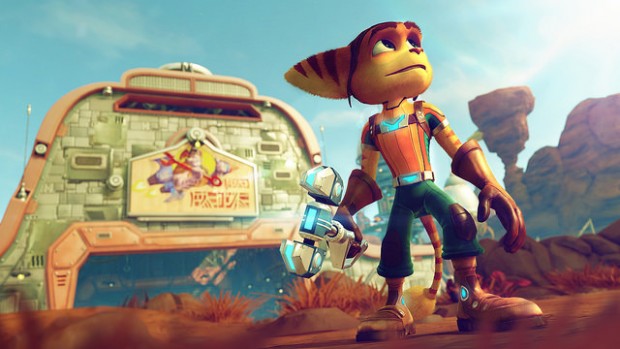 Insomniac has released a new trailer for the upcoming PlayStation 4 remake of Ratchet & Clank.

This reimagining of Ratchet and Clank’s origin stories was recently recently delayed into 2016, moving it closer to the upcoming Ratcher & Clank film due out on April 29th of next year.

Ratchet & Clank blasts onto PlayStation 4 for the first time, with a new game based on elements from the original Ratchet & Clank (PS2). Ratchet & Clank (PS4) re-imagines the characters’ origin stories and modernizes the original gameplay. Featuring all-new boss fights, several new planets, new flight sequences, and much more – with completely new visuals constructed to take advantage of the power of the PS4.”