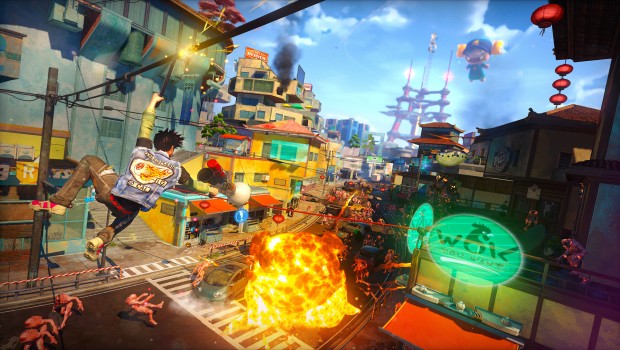 Insomniac is teasing an upcoming trailer for Sunset Overdrive.

Through a post on the developer’s Twitter, the studio confirmed that it would be releasing a live-action trailer for its upcoming Xbox One exclusive.

Here’s some behind the scenes shots of our upcoming live action trailer for @SunsetOverdrive! http://t.co/909euDIok0 pic.twitter.com/vfqehlkRz4

When the trailer will be released is unknown, as these on-set pictures imply it is still being shot.

Sunset Overdrive is coming exclusively to Xbox One on October 28th. The game will also be part of a bundle containing a white version of the Microsoft’s console. Recently, Insomniac released details on the game’s season pass.

For more on Sunset Overdrive, check out our preview from this year’s E3.