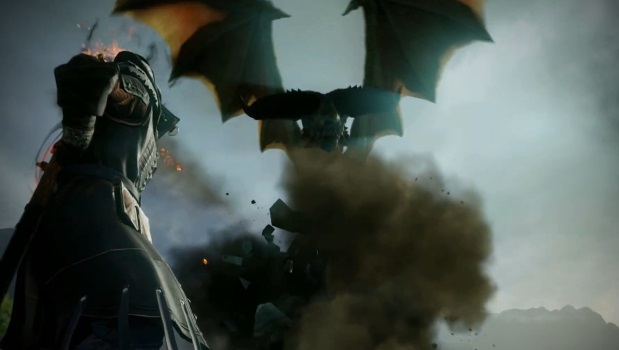 Bioware is working on turning out a new Dragon Age game, and in case you’re wondering, it’s development just hit the alpha stage. Most major content is created and in place, and the writing team is working on written text (such as in-game books, etc) rather than content meant for voice-over work. Right from David Gaider’s blog entry:

We’re on the road to Alpha, also known as “Content Complete”. So there’s still new content being created, but at this point it’s more about dealing with the content we have and getting it all to work. This is also the stage where most of the big cuts happen, since we can still create new content to deal with those cuts (as in “change the writing to accomodate a change in the story flow”). Once we hit Alpha, cuts are generally things that are simply excised in their entirety, without any ability to really work around them for the sake of logic or flow.

[ … ]Still, we have to handle all bugs that come our way, and be responsive to any cuts that are occurring. This is a pretty stressful time for everyone. Every cut feels like it’s reducing the overall quality of the game, until there are so many of them you feel like you’re producing a piece of crap—until you remind yourself that every game goes through this, and the alternative is shipping late or not at all.

Though the last paragraph might seem disconcerting, frankly every creation out there goes through these kinds of cuts. With almost six months left, we’re hopeful that Dragon Age Inquisition will be the game Bioware wants to release, rather than simply meeting a deadline. It certainly looks fantastic, if the trailer is any indication.