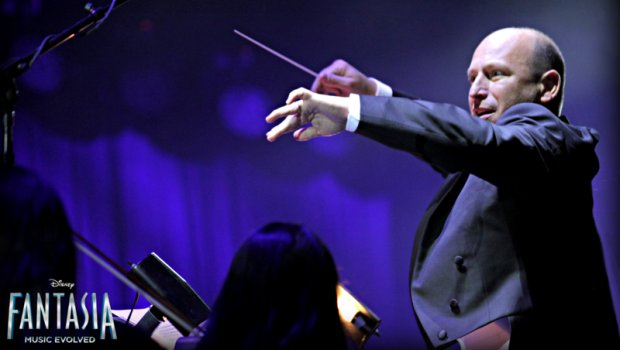 Both Disney and the famous Harmonix have teamed up to bring us all a product based on Disney’s beloved Fantasia. This product is called “Disney Fantasia: Music Evolved” and, in typical Harmonix style, is a rhythm-based game. This go around, with the help of Disney, Harmonix managed to pull one of the most famous composers around into their video game. Award winner Inon Zur will be composing music for Fantasia: Music Evolved.

“Working with a versatile composer like Inon Zur was critical to developing the innovative type of gameplay we are introducing with ‘Disney Fantasia: Music Evolved’,” said Eran Egozy, co-founder and chief technical officer of Harmonix Music Systems. “Zur’s innate understanding of music’s role in gaming allowed us to create original arrangements that will let players experience music like never before.”

Zur seems like a brilliant addition to this increasingly intriguing product. Harmonix is a name only attached to successful properties so that alone is enough to garner interest in Fantasia. Even if you have no knowledge of the Fantasia movie, Harmonix knows how to get us all interested.

Zur, himself, commented on Fantasia and working with Disney:

“Working with Disney and Harmonix on Disney Fantasia: Music Evolved was a great adventure for me,” said Inon Zur. “Recording and producing classical masterpieces, as well as writing original music that had to coexist with the works of the great classical composers presented exciting new challenges. The amazingly talented music composers and producers from Harmonix and Disney supported and guided me throughout this groundbreaking, creative process. I feel very fortunate to be a part of this world-class team and am extremely excited to share all that we’ve done together with you, the player.”

Disney Fantasia: Music Evolved will release on the Xbox One sometime in 2014. Below is a brand new trailer highlighting the evolution of Disney’s Fantasia.

The Evolution of Disney's Fantasia