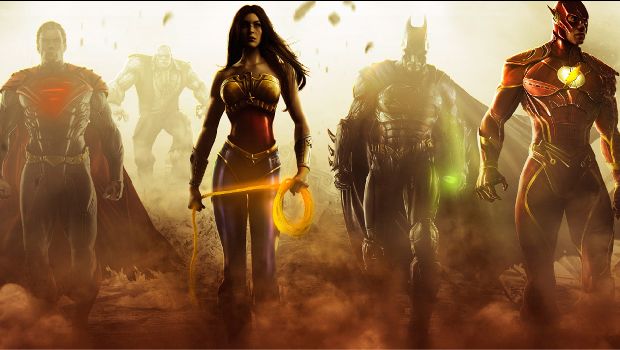 If you are a fan of fighting games and a lover of Super heroes, brace yourself. Injustice: Gods Among Us is going to have an Ultimate Edition which includes every piece of downloadable content that has been released so far. The Ultimate Edition, with the additional content included, has a value of over $120, and is packed with so much ‘stuff’ that it can make a person cry tears of joy.

The DLC included in Injustice: Gods Among Us Ultimate Edition, includes fan favorites Lobo, Batgirl, General Zod, Martian Manhunter, Zatanna, as well as Scorpion, a character from the Mortal Kombat world, as reimagined by Jim Lee, Co-Publisher at DC Entertainment.  In addition, more than 40 extra character skins and 60 S.T.A.R. Labs Missions, originally offered as DLC, are now available from the start of the game. Also packaged with the Americas version of the game will be its music soundtrack featuring an exclusive track from Jane’s Addiction titled “Another Soulmate” and 11 songs from popular artists ranging from Depeche Mode to AWOLNATION.

The price for Injustice: Gods Among Us Ultimate Edition will differentiate between some platforms. PS4, PS3, and Xbox 360 versions will be priced at $59.99, the PC version priced at $49.99, and the PS Vita version priced at $39.99. Again,  the game will hit shelves in America on November 12, but won’t be available in Europe and other countries until November 29.