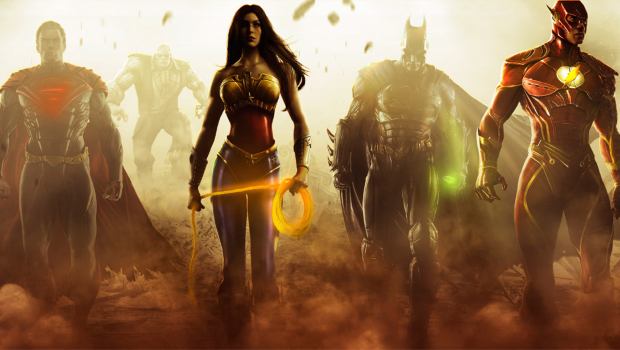 This may have snuck up on you (though I don’t know how – we’ve been talking about it non-stop!) but Injustice: Gods Among Us is slated to hit shelves next Tuesday.   To celebrate the launch of the epic DC universe battle we have a trailer to share first thing this morning.   Let’s find out what’s inside the trailer, shall we?

This new trailer gives a look into the game’s original storyline, which includes DC Comics most popular heroes and villains choosing sides in a world where the lines between good and evil have been blurred. In the world of Injustice: Gods Among Us, players must ask themselves – what if our greatest heroes became our greatest threat?

Looking back to Mortal Kombat vs. DC Universe, I KNOW that the folks from NetherRealm know how to treat the property.  The epic fatalities from The Joker were a fantastic example.  Seeing some of these classic comic characters brought to life for the first time in a fighting game is pretty exciting.  Having recently dusted off my fight stick for another title, I’m excited to put it to use on this one.  Look for our coverage for Injustice: Gods Among Us soon!