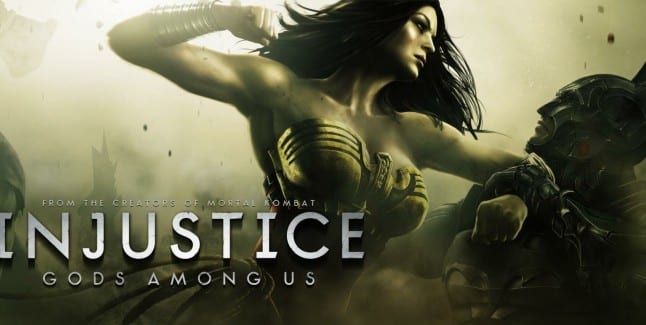 In celebration of San Diego Comic-Con, the folks at Warner Bros., DC Entertainment, and powerhouse studio NetherRealm Studios have released a new trailer for Injustice: Gods Among Us.   Previous trailers were CGI and mostly showed the concept, but this one gets into the details – gameplay.  While you buffer the video, check out the info on this upcoming brawler:

Injustice: Gods Among Us is an all-new game in development by award-winning NetherRealm Studios, creators of the definitive fighting game franchise Mortal Kombat. The game is scheduled for release in 2013 for the Xbox 360® video game and entertainment system from Microsoft, PlayStation®3 computer entertainment system and the Wii U™ system from Nintendo.

Injustice: Gods Among Us debuts as a bold new fighting game franchise that introduces a deep, original story featuring a large cast of favorite DC Comics icons such as Batman, Cyborg, Harley Quinn, Nightwing, Solomon Grundy, Superman, The Flash, Wonder Woman and many others.  Set in a world where the lines between good and evil are blurred, players will experience heroes and villains engaging in epic battles on a massive scale.

I never got into comics as a kid, but these comic movies and upcoming games have me filling up my Kindle Fire with all sorts of graphic novels.  Injustice looks like a solid title, and the expanding cast list brings superhero legends to the arena.   The game is set to release at some yet-unspecified date in 2013 – we’ll keep ya posted.    Personally, I’m looking forward to seeing how NetherRealm handles the unique controls of the Wii-U.