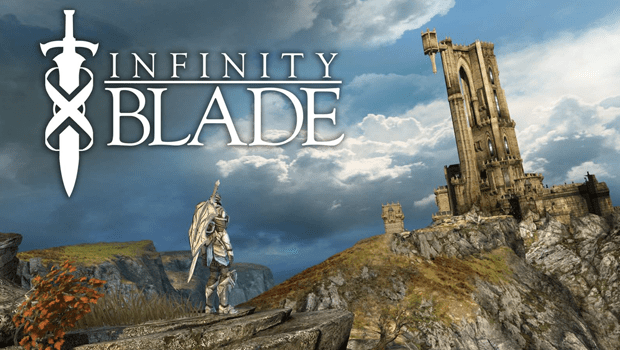 Heads up, iPad/iPhone owners: yet another title has gone (temporarily) free, and if you don’t have this one yet, I strongly suggest you grab it. That’s right – Infinity Blade can be had for free from the Apple app store as of right now. I can personally endorse this one as not only a great game, but one of the first titles to show that the iOS devices were really capable of delivering some seriously beautiful, fluid graphics – back in the days when people were still somewhat skeptical of the iOS as a serious gaming platform. As with most App of the Week titles, this is most likely a temporary arrangement. Be sure to grab it while you can if you don’t have it already.

I’ve been keeping an eye on the series and I have to admit, I like the story of the original Infinity Blade more than its sequel. Probably because the first game had a serious aura of mystery to it due to relative lack of explanation about what was going on, save for a few bits and pieces here and there during the final fights or more serious boss fights. Then along comes the sequel, a novel is put out about the game, and – while the technological and gameplay advances were impressive – that desire to give the game a proper story just served to make it a less interesting world. Still, in terms of graphical beauty and occasional fun, Infinity Blade remains a great game even for its regular price. For free? It’s a must-have.